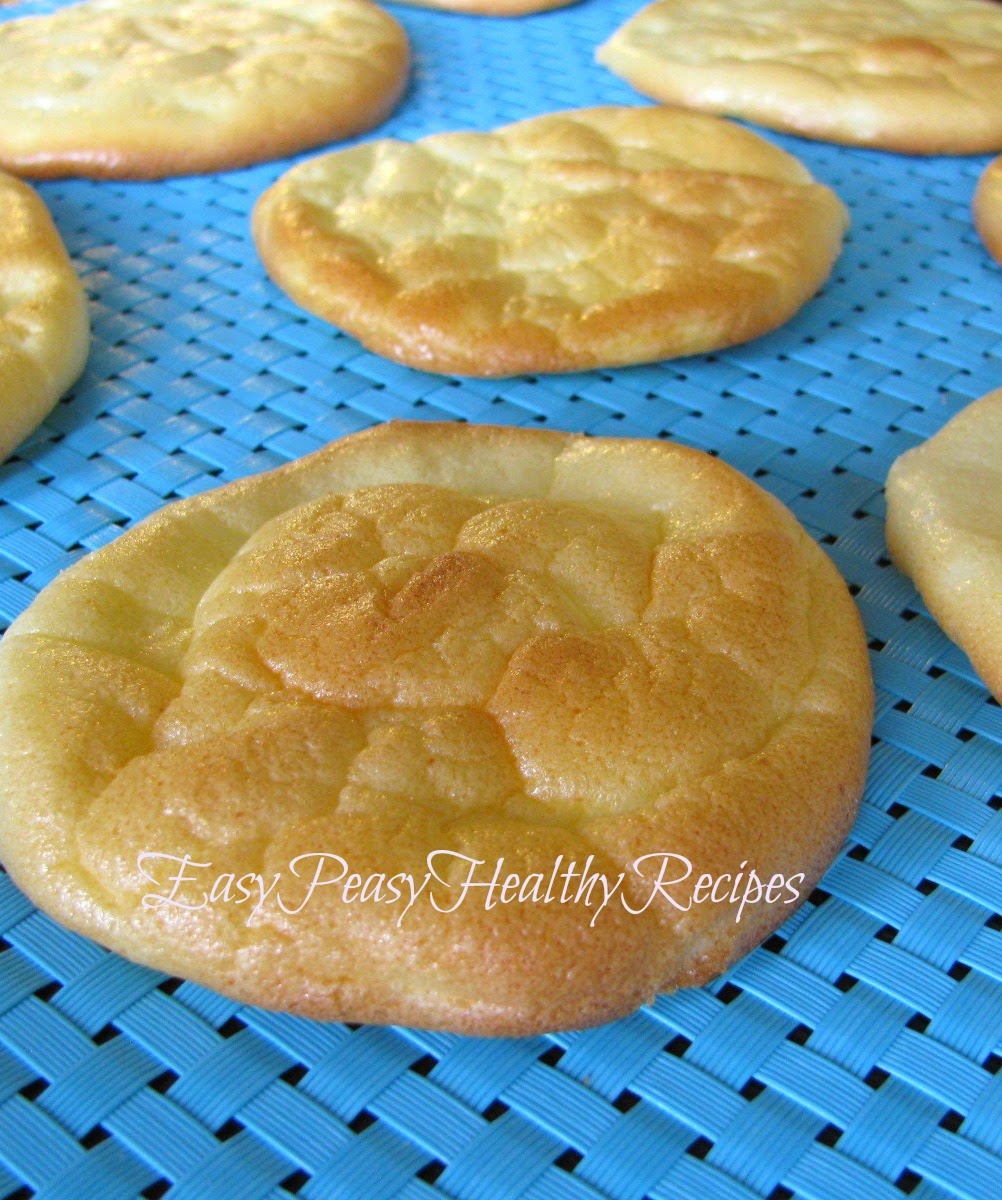 These make a great substitution for regular bread when you are trying to cut down on carbs.  They may not taste exactly like bread but they are pretty darn close to the real thing.  I have made several batches of these now.  They seem to taste better the next day after being stored overnite in a sealed ziplock bag.  The texture becomes more bread-like and less crumbly. 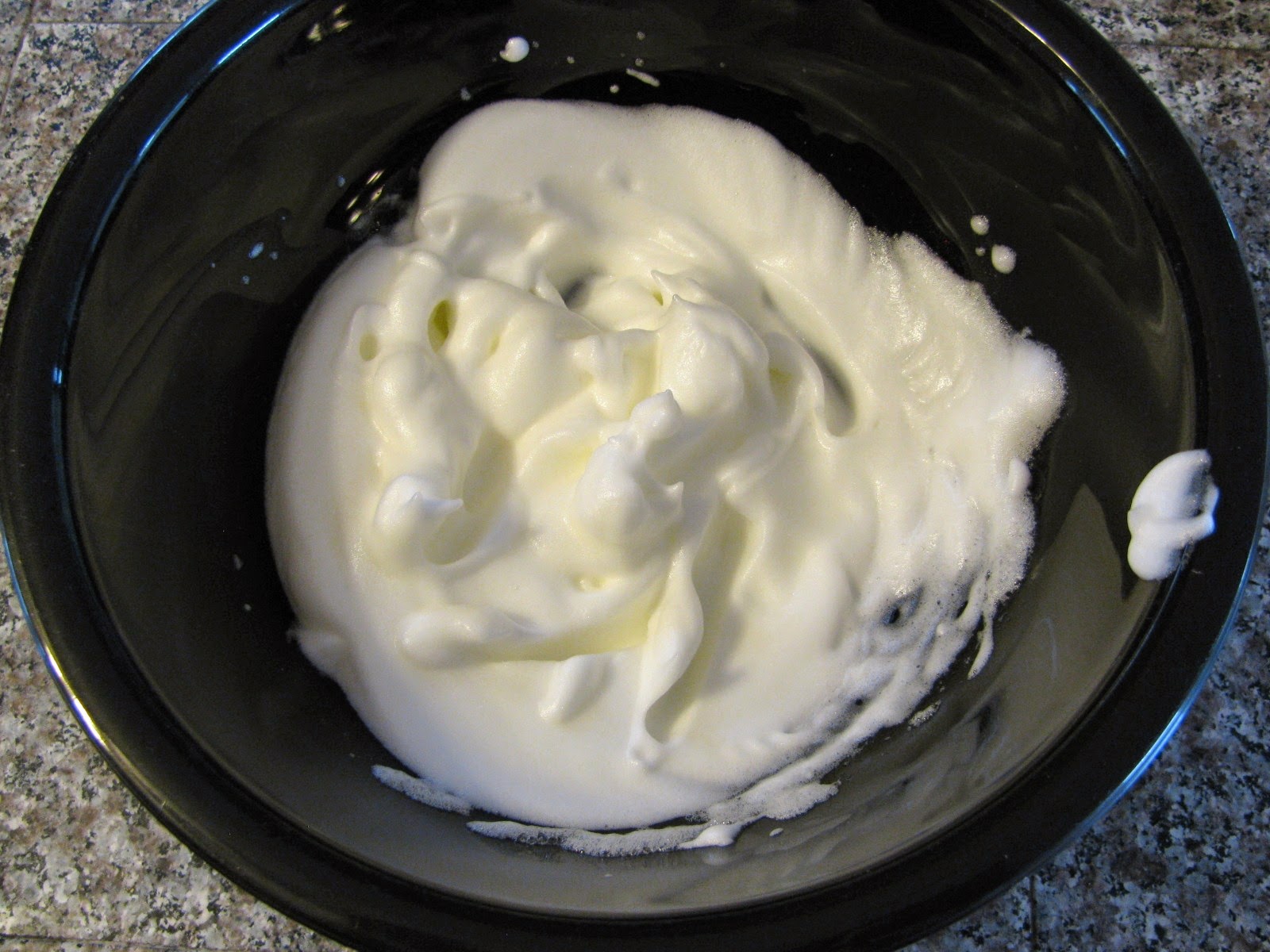 Separate the egg whites in one bowl.  Be careful not get any yolk mixed in or they won't come out right. Add a 1/4 teaspoon of cream of tartar.  Beat with an mixer until very stiff peaks form.  If they are not beat long enough they also will not come out right. 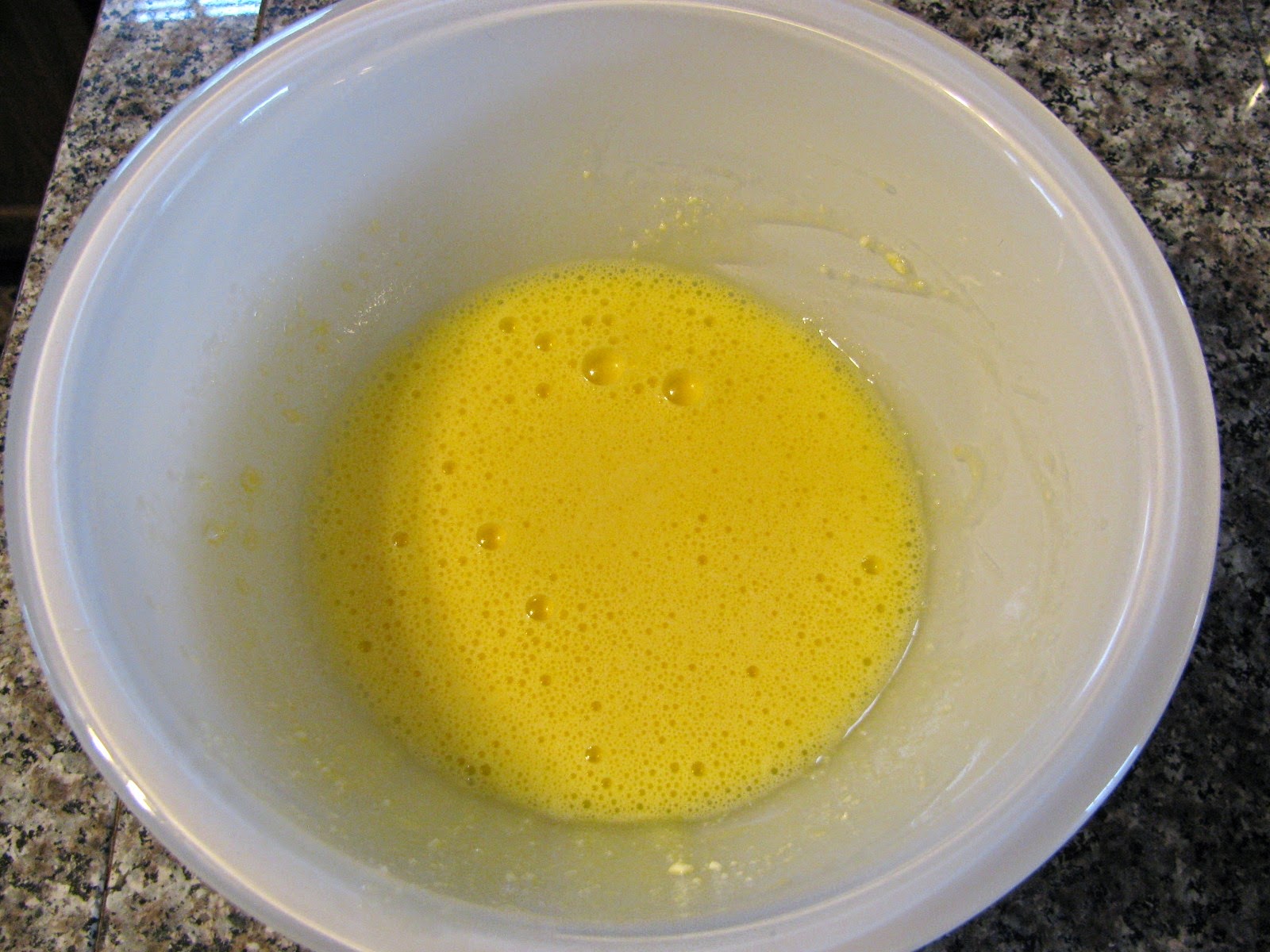 In a separate bowl,  mix the egg yolks along with the cottage cheese and a packet of sweetener until smooth. 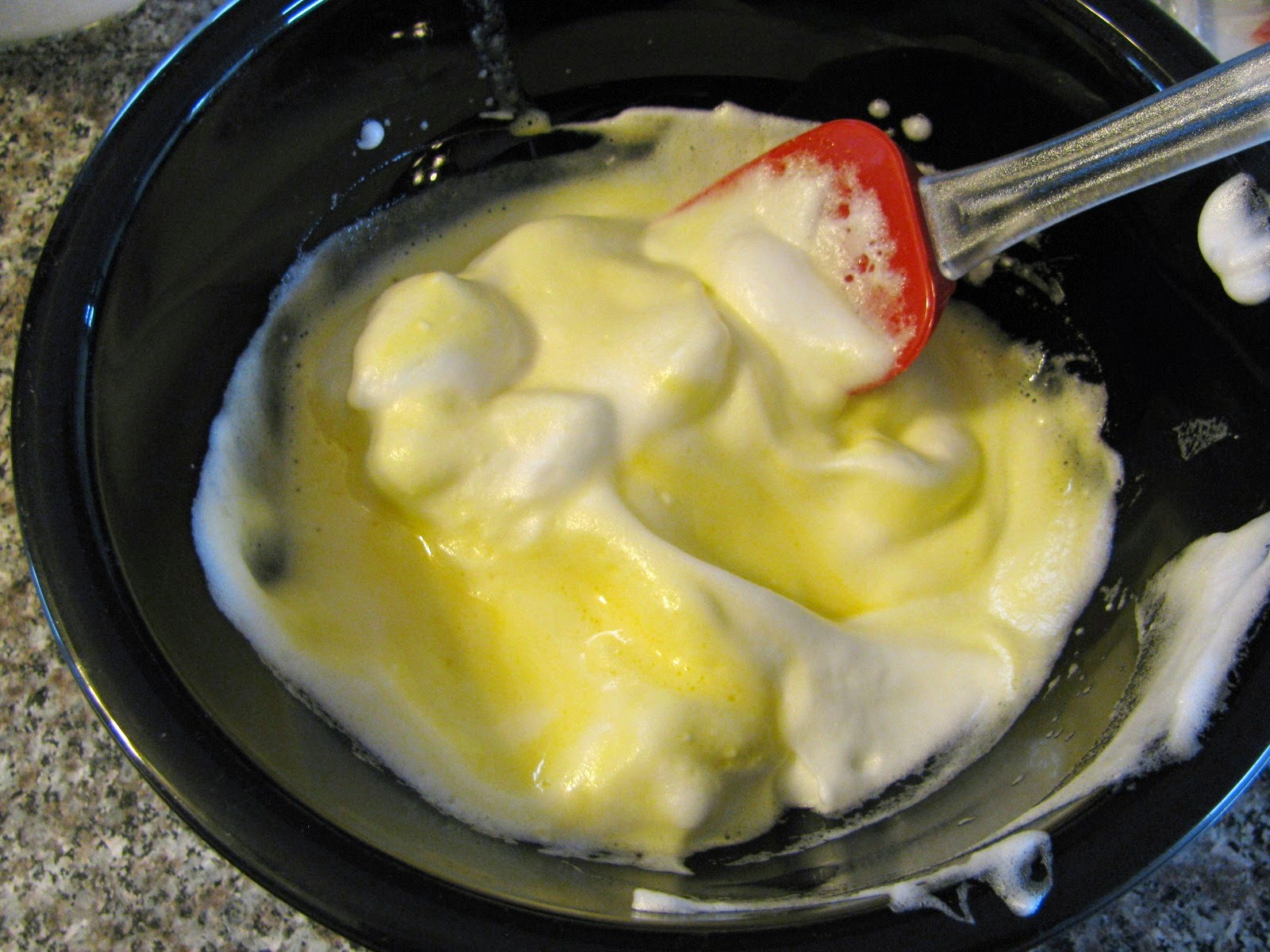 Carefully fold the yolk mixture into the egg white mixture.  Fold in until just barely mixed together.  Be careful not to over mix. 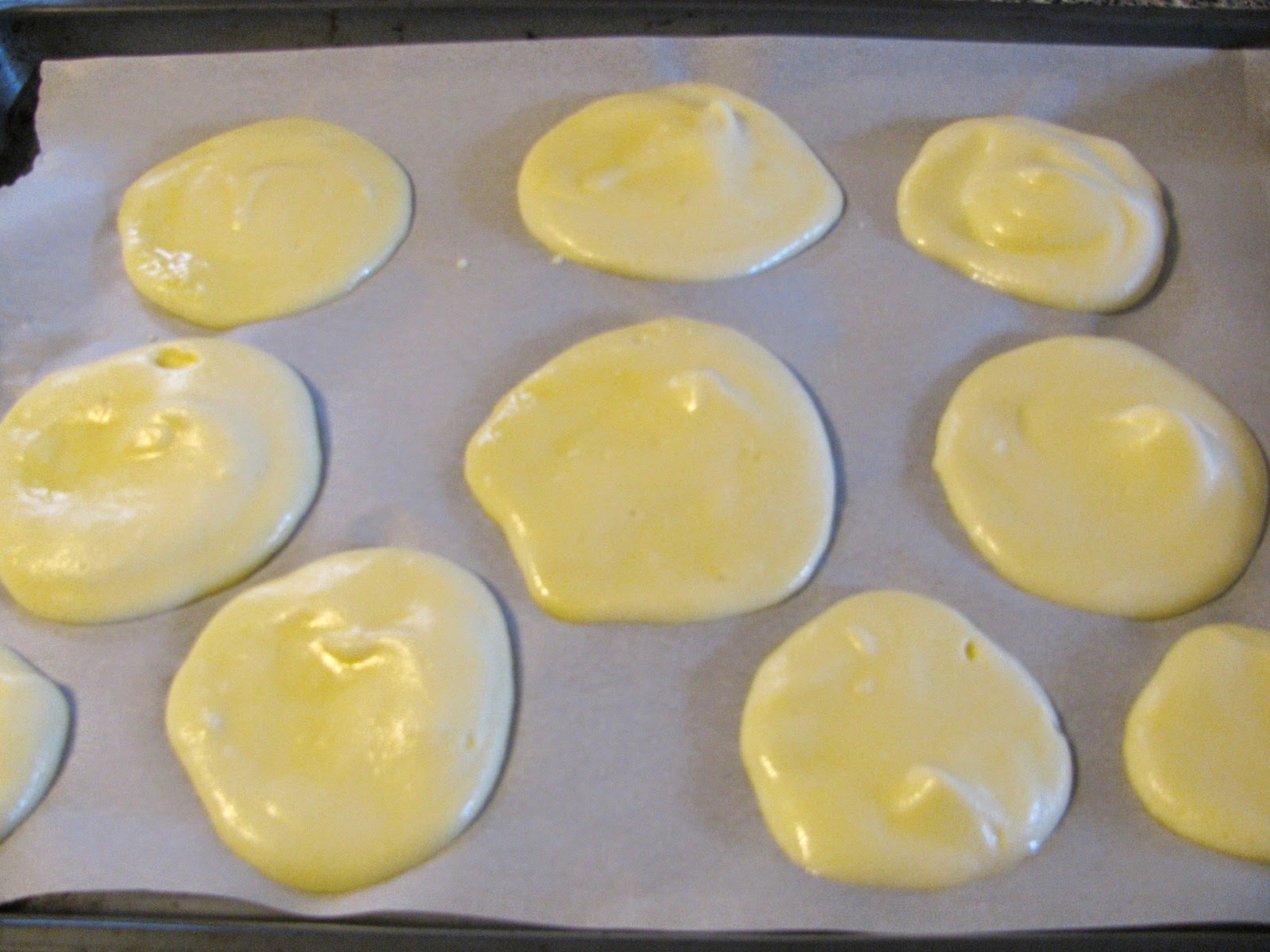 Scoop spoonfuls onto baking sheets lined with parchment paper or prepared baking sheets.  Bake for approximately 30 minutes at 300 degrees until they are golden brown.  Watch carefully during the last 5 minutes to be sure they don't burn.

1.  Preheat oven to 300 degrees.
2.  Separate the eggs very carefully to be sure that no yolk gets into the white.
3.  In a bowl, mix together the egg yolks,3 tablespoons of cottage cheese and the packet of sweetener until smooth.
4.  In  another bowl add 1/4 teaspoon of Cream of Tartar to the whites and beat the whites on high speed until very stiff peaks form.
5. Very carefully fold the egg yolk mixture into the egg whites until barely mixed.
6. Spray two cookie sheets with Pam or other fat-free cooking spray or use parchment paper.
7. Spoon the mixture into 10 even rounds on the sheets, approximately 3/4 inch thick and 4 to 5 inches across.
8. Bake at 300 degrees for approximately 30 minutes.  Watch them closely to be sure they don't burn.  They should be golden brown.
9. Remove from the oven and remove from the pan and let cool.
10.  They will be crumble while they are still warm but store them in a ziplock bag and they will become more bread-like overnight.

Recipes that are easy peasy to make and delicious too! Healthy nourishing meals and guilt free snacks with step-by step instructions. Most of the recipes here are low carb and diabetic friendly. Perfect if you trying to lose weight or control your sugar intake.

Easy Peasy Healthy Recipes is a participant in the Amazon Services LLC Associates Program, an affiliate advertising program designed to provide a means for sites to earn advertising fees by advertising and linking to Amazon.com.